Have you ever watched honey bees? They are fascinating little creatures. A week ago Mr. Menace (Dennis the) bought two hives. 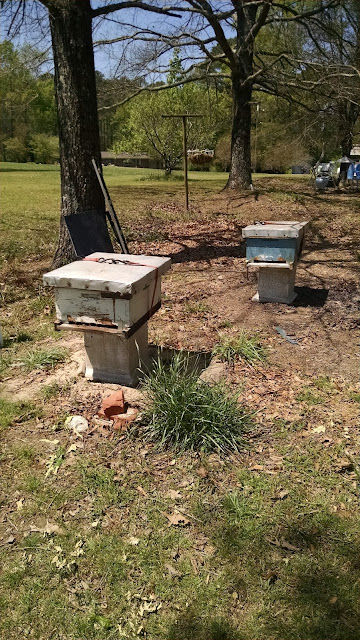 First thing I do everytime I go outside now, is walk to the hives and just watch them for a couple of minutes. 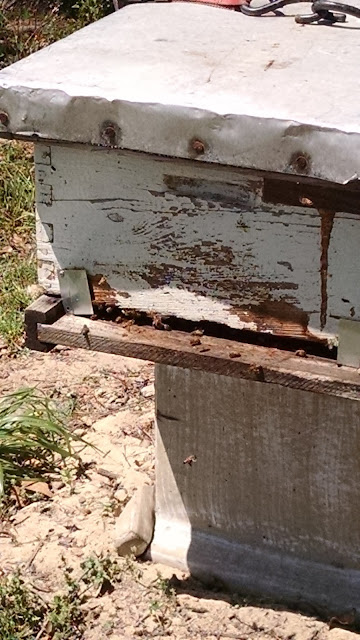 After checking out the bees on Saturday, I began working on my Phlox Phlower bed extension. I had bought a few plants to fill in the extension, but first I began with some weeding.

Every few minutes when I’d stand up, I’d look around the yard. There were bird antics, and butterfly sightings and of course the honey bees flying back and forth from the hive to the bucket of sugar water Mr. Menace had provided for them. 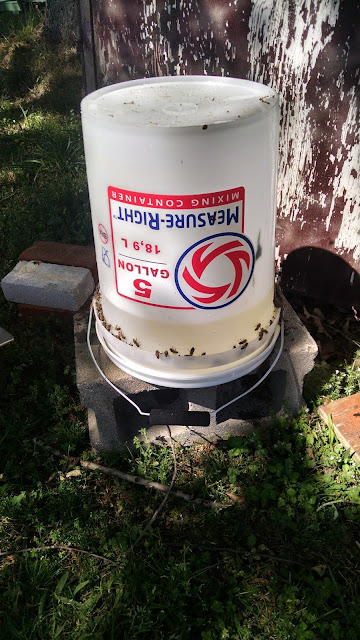 *This post contains affiliate links to products or companies that I truly love and believed in before I joined the affiliate program. If you use these links to make a purchase, I will be compensated at no extra cost to you.*

I hadn’t been working too long when I looked up and was a bit surprised to see a large swarm of bees above and to the left of one of the hives. I called to Mr. Menace to come see. He ran in the house to get some lemon grass oil and quickly placed some in an empty bee hive and set it out near the swarm hoping they would go into the box and not leave home.

I had stopped digging to water the plants that I had just planted. While I was watering I remembered that I had put some plants in a pot the weekend before so I walked out near the bee swarm to water that pot. And of course I watched the swarm while I poured the bucket of water into the pot. Then I walked back to the phlox phlower bed I had been working on. I put the bucket down and when I stood up again the bee swarm was gone.

Just that quickly, they were gone. In the time it took me to walk from the flower pot back to the phlox phlower bed which is about 25-30 feet, they disappeared. I called to Mr. Menace again and he took off wandering the neighborhood looking for them.

We were talking about it when he got back and I said that I thought he went too far away looking for them. Although I know they can fly fast, I just didn’t think they would go far in such a short time span. Mr. Menace did some research online and found that a swarm will usually light on a tree near the hive, usually within 100 feet, while scouts are out deciding where their new home will be.

More internet research also revealed that there is a mating swarm, where bees will leave the hive for a short period, mate,  and immediately go back inside the hive.

Since he didn’t find them gathered anywhere near the hives, we feel fairly certain that they went back into the hive.

Makes us feel better to believe that anyway. Any bee keepers out there?

Next up: A Bee Garden!

Southern Gardening Gal is a participant in the Amazon Services LLC Associates Program, an affiliate advertising program designed to provide a means for sites to earn advertising fees by advertising and linking to amazon.com.